Kung-Fu is one of the oldest fighting arts known to man. The exact date of its origin has been lost to antiquity. The term “GUNG-FU”, coined by the Chinese, means “hard work or task” or “always learning”.

The more common term used in China is “WU-SHU” meaning “martial art” or “fist-fighting”. Gung-Fu has been practiced and improved upon in China for over 4,000 years. It is one of the most complicated and effective systems of self-defense.

Legend has it that a strict Indian monk, BODHIDARMA, noticed that his young Chinese disciples could not stay awake during the long and tiring meditation of the new religion he was trying to teach to them. He thus introduced his disciples to an 18-movement exercise (18 Hands of Lohan) based on the techniques developed in the Himalayas. Soon, the daily practice of this set of exercises strengthened the disciples at the SIL LUM TEMPLE and formed the foundation of what would later be known as SIL LUM KUNG-FU.

Nearly 800 years after the death of Bodhidarma, the monk Yuan Chueh, with the help of 2 famous boxers LI and Pai, set out to perfect a fighting system. Upon completion of their work, they unveiled a 170 movement system, subdivided into 5 animal styles: Crane, Dragon, Leopard, Snake and Tiger. Known as Ng Ying Ga ( Five Animal Style) they formed complementary styles, each with a different emphasis and approach to fighting.

Together, the Five Animals System formed the complete basis of the Sil Lum Kung Fu. Countless other styles have developed from this style to suit personal tastes or abilities but the Five Animal System stands out proudly as the complete and original temple style 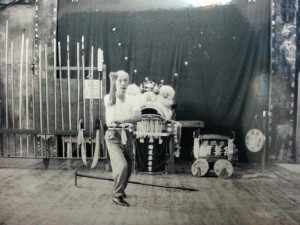 Hong Cha Kung Fu is a southern Chinese martial arts style that incorporates training and techniques that are characteristic of that region. Some of these characteristics are short-range kicks and punches, low stances, and ground fighting. Few kicks are utilized, with greater emphasis on hand techniques. Because of these traits, Hong Cha is similar to Hung Gar. Like Hung Gar and other Southern Shaolin-based styles, Hong Cha techniques are based on the Five Animals system: dragon, tiger, crane, leopard, and snake. Its training incorporates both hard and soft techniques with emphasis on proper breathing techniques. Each animal form is performed with its own unique breath and sound. Hung Gar incorporates these animals forms too but with primary emphasis on the tiger and crane. Hong Cha, on the other hand, puts primary emphasis on the dragon and tiger. Additionally, both Hong Cha and Hung Gar incorporate the idea of the five elements (fire, water, wood, metal, and earth) in their training.

Hong Cha was promoted by Lao Kim, a martial artist from Southern China who traveled to Binondo, Manila in the Philippines and finally to Hong Kong. His student Johnny Chiuten and Johnny’s student Rene Navarro and his student Jan L. Miller are promoters of this style in the United States.

Grandmaster Chiuten recently died; his students, Master Rene Navarro and Master Navarros’ kung fu brother Dr. Jopet Laraya, are masters of the style in the USA-England and Hong Kong/Canada, respectively. Those individuals who have been promoted to sifu by Dr. Jopet Laraya include Sifu David Ellsmere and Sifu John Rivers of Canada. Great Grandmaster Lao Kim and Grandmaster Lao Ke Tong were friends. There are some who believe that Great Grandmaster Lao Kims’ Hung Kuen was derived from the Hung Mun (Chinese masons), though his lineage has been difficult to trace. There are some who claim that Lao Kim learned the Tang Fung lineage of Hung Ga from Grandmaster Tang Fung, though Lao Kims’ forms are different. Hong Cha is the phonetic pronunciation for the Mandarin “Hong Jia”(Mandarin Chinese for Hung Ga).

Johnny F. Chiuten, Jr. grew up in Cebu City. Right after the World War II, he was sent by his father to Taishan, Canton along with four sisters to learn the Chinese culture and language. He lived with his grandfather who practiced martial arts at the Shaolin monastery and on the side assisted Chinese immigrants. Later, he went to college in Manila and lived in Chinatown and joined the Hong Sing Athletic Association. Grandmaster Lao Kim gave him three tests prior to his admission. First, he was told to place a match under a bridge, second he had to make an offering to a tomb in a cemetery at midnight. The third and final test happened while he was opening the door, which was booby-trapped with a large basin filled with water that really gave him a good drench. Lao Kim later told him that it was to test of his temper and emotional control. Johnny got knocked out during his first full contact sparring with Lao Kim. In the second fight, he dislocated his right elbow. Master Lao immediately applied first aid and Johnny lost consciousness again when the old man pulled it to align the bones back in shape. All in all he spent a total of ten years in Manila shifting from one course to another. He did this to prolong his martial arts studies at the Hong Sing and other martial arts school in Manila.

His mastery in the Cebuano art of eskrima was precipitated by a challenge from Remy Presas founder of Modern Arnis. Presas armed with rattan sticks dared Chiuten to pick any Chinese weapon of his choice. He picked a 9-sectional steel whip to the horror of Doc Lengson who predicted a mismatch and persuaded Remy Presas not to proceed with the fight. Johnny asked Remy to give him one year to learn eskrima so that he can take on his challenge with the same weapon to level the playing field. The young Johnny Chiuten dropped all his college subjects for the year and went back home to Cebu to study stick fighting with Anciong Bacon of Balintawak. Johnny went through the three levels of Balintawak curriculum. His elementary level was handled by Atty. Teofilo Velez, high school level by Atty. Jose Villasin and college (advanced level) by Anciong Bacon. He broke away from Balintawak due to his frustration over the agak (pre-arranged tandem drills). Disappointed that his proposed innovations were ignored by the Balintawak hierarchy, Johnny left the club to avoid an open confrontation. He approached GM Filemon Caburnay a former member of Doce Pares. They had good chemistry and the two of them later invented Lapunti Arnis de Abanico. Johnny Chiuten introduced the footwork and locking techniques of Hung Cha kung fu into Lapunti. Throughout 60 years of martial arts studies, Johnny studied Hung Gar Kung fu, aikido, karate and eskrima.